Note: I came upon these matches when I was looking for something else, and thought that some might find them amusing.

“Sumotorin’ ain’t easy.” Takakeisho proves that age-old adage true, as he unleashes his devastating pimp-tsuppari attack against Mitakeumi, in this match from the last September basho:


Chiyotaikai causes Musoyama to spit out a mist of blood after the bout, who still manages to gut out the win:

This could be the slappiest bout of them all, as notorious harite-expert Takatoriki gets as much as he gives in this match against Daishoyama. It looks like they just stopped in the middle of the ring to begin a slapping contest:

One of the most unorthodox rikishi in recent memory, Takanonami was a part of the powerful Futogayama heya during the mid-late 90’s, when they were probably the most dominant stable the sumo world has ever seen. He was tall at around 6’7” and although he often did things that were technically wrong in a basic sense–like his proclivity for retreating and moving backwards–he was still able to carve out a very successful career with his unusual and singular style. He was especially famous for his kimedashi (arm-barring force out), or rather, the setup he would utilize once he was being driven back—right often to the very edge of the dohyo. From that seemingly desperate position, he would reach over and lock up both his opponent’s arms, and then steadily begin to march them out, or suddenly swing them around for the win. Using my personal methodology of pure “conjecture-science,” I estimate that he probably spent more time at the edge of the tawara (straw bales) than any other rikishi in modern sumo history. Not only did he spend a lot of time on the edge, but he strangely seemed to be most comfortable fighting from there as well.

If that was his sole means of winning, he’d certainly not be as successful as he was, but from that position, he actually had multiple other means of attack. He could use the kimedashi, but he could also abruptly go for the uwatenage (overarm throw), which was the technique that made up the third most amount of his wins at 57. He could also turn and pull his opponents down for the shitatenage (underarm throw) which he won with 33 times. Or, if his opponent responded to try and prevent the kimedashi, he could suddenly focus on one arm for the Kotenage (armlock throw) which he had 67 wins with. He would often also use one of his legs to hook over one of his opponent’s legs, and drive forward for the sotogake (outside leg trip), something his opponents had to be constantly aware of. A lot of his wins that register as yorikiri were initially setup by this awkward retreating arm lock position.

Takanonami beating his stablemate Takanohana in a playoff, with a rare kawazugake, for his first championship:

Again, this was a highly unorthodox style, and his height and long arms were an essential contributing factor into making it all work. Mitoizumi, a contemporary of his, was also tall and heavy at 6’4” and 400lbs, and won a lot of bouts with the kimedashi as well, but it was by no means the central focus of his attack like it was for Takanonami. To me, it was Terunofuji (when he was healthy) who most resembled him at times, as he pulled off multiple kimedashi wins in a similar manner after first being driven to the edge. However, like Mitoizumi, that was not that main way he wrestled, as Terunofuji had a much more straight-forward, power-based style, and tended to use the kimedashi more as a last resort.

Takanonami was an extremely unconventional wrestler who–regardless of the eccentric nature of his style–reached the rank of ozeki in 1994, which he held for seven years, eventually winning two basho championships. After suffering numerous injuries, he lost a good portion of his power, which was vital for his style to work, and was eventually demoted from his ozeki rank. He wrestled on for a further four years after that, finally becoming the last member of his once dominant heya to step down from the upper division ranks in 2004. He passed away in 2015, at the age of 43 from heart failure, having reportedly had a possible heart condition even while he was still wrestling. Yet, it was the memorable way he wrestled, and the success he garnered with that style, even while doing a lot of things technically wrong, that truly made him an unforgettable, one-of-a kind sumotori.

Takanonami once again defeating his stablemate Takanohana in a playoff for his 2nd championship: 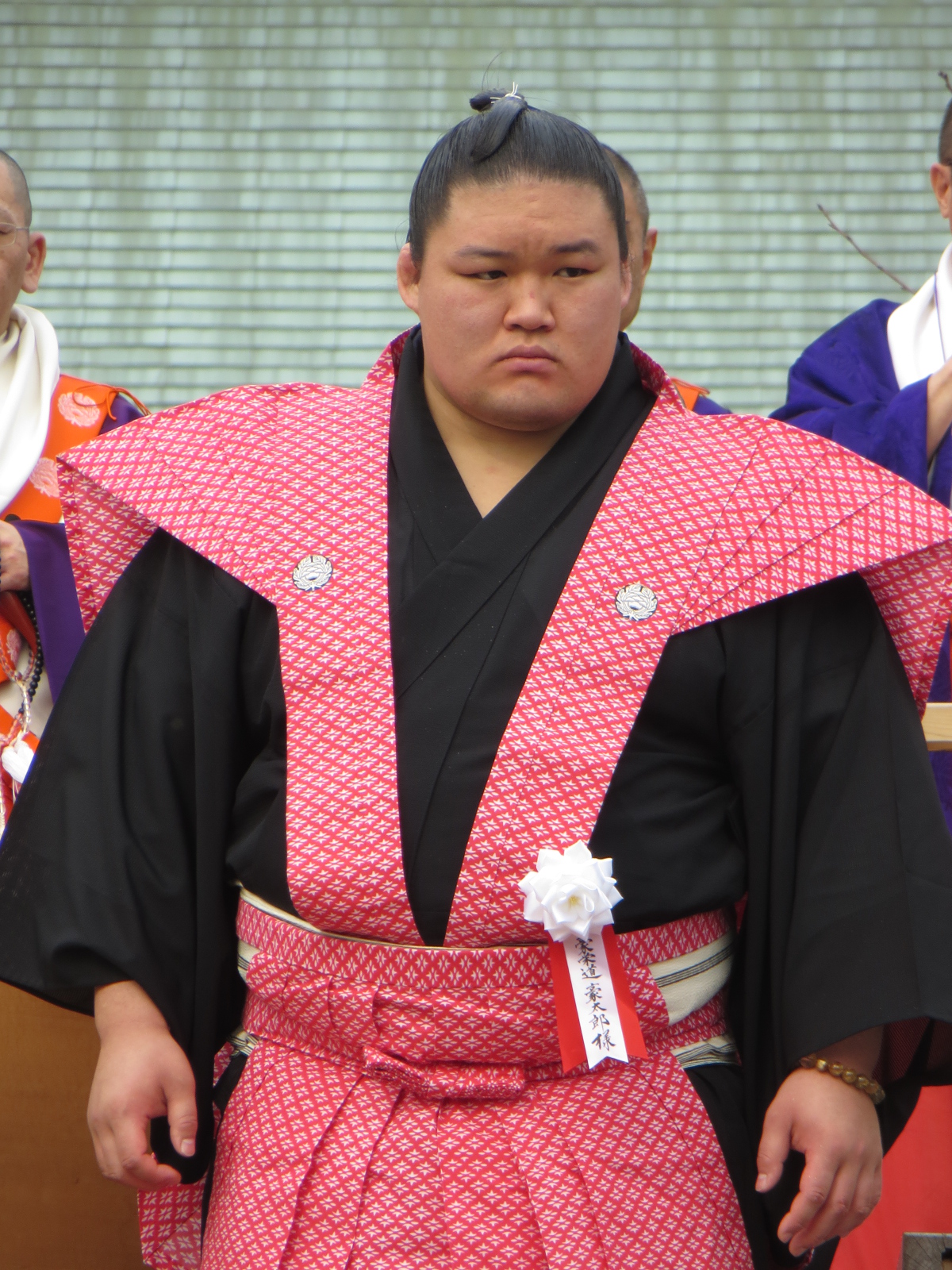 Here’s some matches that solidified a rikishi’s promotion to yokozuna, that I think some might find interesting. Many of these bouts are great and thrilling matches, even regardless of the added significance of them.

An incredible match. I personally show this particular bout when I want to introduce someone to sumo for the first time.

An important historical match in sumo history, as Akebono clinches the yusho on the final day and becomes the first foreign-born rikishi to achieve the rank of yokozuna.

Another great match! Takanohana secures his yokozuna promotion with two back to back zensho yusho’s.

A somewhat reckless overcharge by Musashimaru, and Wakanohana clinches the basho and subsequent yokozuna promotion.

Pretty easy win for Kakuryu who secures the Yusho and back to back 14-1 records.

Chiyonofuji vigorously drives out another dominant dai-yokozuna in Kitanoumi to win his second overall tournament and promotion.

Asahifuji was a bit of an unorthodox wrestler at times, and uses a fantastic last-effort move to defeat the great Chiyonofuji.

Asashoryu actually secured the yusho two days before against Wakanosato, but I can’t find that match anywhere. He puts a punctuation mark for his promotion though, with this win.

Not as interesting as some of the others, since Kisenosato’s yusho win wasn’t really secured until Hakuho lost to Takanoiwa later on that day.

Spirited effort, as always, from Chiyotaikai, but as usual Hakuho was too determined and too skilled to defeat that day.

Kinda funny to look back on it, but Hakuho (the arguable sumo GOAT) began his yokozuna run by henka’ing Asashoryu on the final day to win the first of  two consecutive tournaments.

With Tochinoshin recently bringing in a lot of new international sumo fans, I thought I’d give a brief spotlight to a somewhat forgotten rikishi who fought in a similar power-sumo style. Like Tochinoshin, Kirishima became Ozeki relatively late in his career at the age of 31. In fact, he has the all-time record for being the slowest to ever reach the rank. Also like Tochinoshin, he was especially famous for his incredible strength, and tsuri-dashi (lift-out) wins in particular. He retired with an amazing 56 wins by tsuri-dashi, at nearly 10% of his total wins. By comparison, Tochinoshin currently has 22 tsuri-dashi wins for about 4% of his total wins, although he has about 7 years to match or surpass Kirishima, who retired at 37. Another winning technique that requires a tremendous amount of strength is the utchari, where a wrestler lifts and swings his opponent around at the edge. He had 19 wins by utchari including this notable example against the gigantic yokozuna Onokuni:

He was a fitness freak, who would run before sumo training began, and then lift weights afterwards. He was also very undersized at around 280 lbs. Imagine someone who was around Harumafuji’s size (10 lbs. less in fact!), who instead wrestled with a strength-based, power style like Terunofuji. Rikishi were already big by that time too during the 80’s – early 90’s era in which he wrestled (around 15-20 lbs. smaller overall than today). He certainly wasn’t as strong overall as Baruto, Tochinoshin, Terunofuji or Akebono, and he didn’t get the sheer “air time” on his lift-outs that Tochinoshin does, but I personally consider him the greatest pure lifter in recent history at least, because of how small he was, and the fact that nearly all of the opponents he lifted out (besides Chiyonofuji) often outweighed him by 30-80lbs or more.

Winning his only championship against yokozuna Hokutoumi, while his family, wife, and supporters cheer him on:

Footage of him training, drinking a specially made protein drink his girlfriend would make for him, and eating with fellow stablemates Terao and Sakahoko (both now Oyakata). It’s from a Japanese documentary with no English subtitles unfortunately: